Keratoconus is a degenerative eye disease that causes the cornea to thin and bulge, creating a cone-like irregular shape. Because the cornea is responsible for refracting most of the light that comes into the eye, any irregularity of the cornea can result in significant visual impairment. Keratoconus most often appears in a person’s late teenage years; although it has been diagnosed in people in their forties and fifties. The eye disease has been estimated to occur in roughly one out of every 2,000 people in the general population. No significant geographical, gender, ethnic, or social pattern has been established, and keratoconus occurs in all parts of the world.

The exact cause of keratoconus is not known; however, there are many theories on what may trigger this disease. It is important to note that no one theory provides a complete explanation, and it is likely that keratoconus is caused by a combination of things. It is believed that genetics, the environment, and the endocrine system all play a role in keratoconus:

Genetics: Although keratoconus sometimes affects more than one member of the same family, current research indicates that there is less than a one in ten chance that a blood relative of a keratoconic patient will have keratoconus.

Environmental Factors: Keratoconus may also be associated with overexposure to ultraviolet rays from the sun, excessive eye rubbing, a history of poorly fit contact lenses and chronic eye irritation.

Endocrine System: Another hypothesis is that the endocrine system (which dictates the release of hormones) may be involved, since keratoconus is often first diagnosed in adolescence. 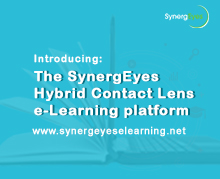 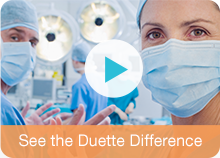 This site is governed solely by applicable U.S. laws and governmental regulations. Please see our Privacy Policy. Use of this site constitutes your consent to application of such laws and regulations and to our Privacy Policy. Your use of the information on this site is subject to our Terms and Conditions. You should view the News section and the most recent SEC Filings in the Investor section in order to receive the most current information made available by SynergEyes.

If you not change browser settings, you agree to it. Learn more